REINFELD: Preparations for building the walls around the cemetery in 1929

In the summer of 1929, Joe Reinfeld and many family members came from the States to visit relatives in Lubaczow.

For the young couple Evelyn (21) and Saul Reinfeld (27) this was their honeymoon.

The visit was also used to make necessary arrangements for building the walls around the Jewish cemetery.
Could it have been used for making a new gravestone for Joe’s father Wolf REINFELD who had died in 1920?

Here is a family photo taken in Lubaczow taken during that visit. 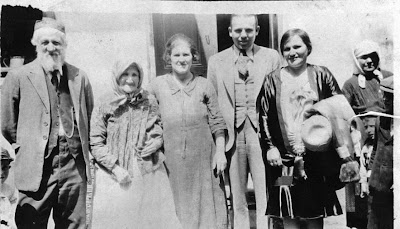 The second photo could be outside the house where the family stayed in Lubaczow. 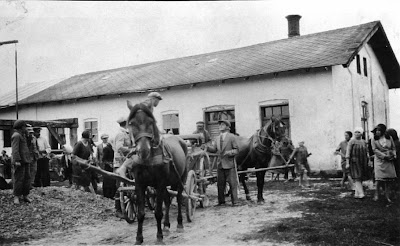 At the end of this visit, at least part of the visiting relatives then went to Le Havre in France, sailed from there  on Aug 28th  and arrived in New York on Sept 3rd 1929.