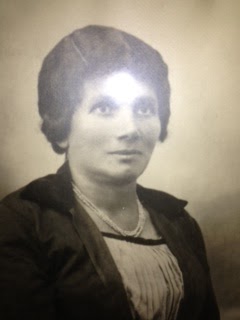 It is not known when Rivka REINFELD died. She might have died before the the war, but she was only 61 years old in 1941, so she may have been murdered in the Holocaust.

Two sources  that may identify her as a Holocaust victim:
1. M. Lerer has written a Page of Testimony for the "butcher's wife Rywka REINFELD" but he did not write down the name of her husband and he wrote a question mark as to the possibility that the husband had been murdered in the Holocaust.
2. On the Yizkor list for Lubaczow there is a person named Rivka REINFELD, but again it is not certain this is Freidel REINFELD's wife and even so, she may have died close to the Holocaust.

Rivka's husband Friedel / Freidel REINFELD was born in 1863 and died in 1920.
So far we have not been able to locate his grave.
He was the son of Gerszon Gershon and Cluwa REINFELD and he had married Ryfka Rivka REINFELD in 1897 when he was 34 and she was 17.
Are Gerszon and Cluwa REINFELD buried in this cemetery? We do not know. 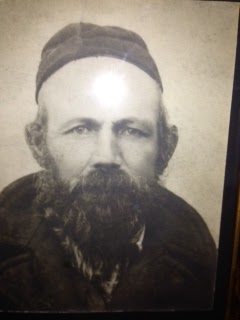 Exactly how were Friedel / Freidel  and Rivka related?

Could  Gerszon REINFELD have been an older  brother of Szama Jakob  and Rifka REINFELD?
Could  Rifka have married a nephew who was seven years older than her?
I will check the Ancestry family tree once more.

Yahrzeit listings in the synagogue where American relatives prayed
This is a suggestion, that perhaps will help in the search for more information about Rivka REINFELD's death. If  the American relatives know in which synagogues her children prayed, that synagogue may have written lists or memorial lists on the wall giving a Yahrzeit.

This source of information may perhaps be helpful for finding more information about other REINFELD relatives too.