The Crown  is a symbol on many of the male graves in Lubaczow. 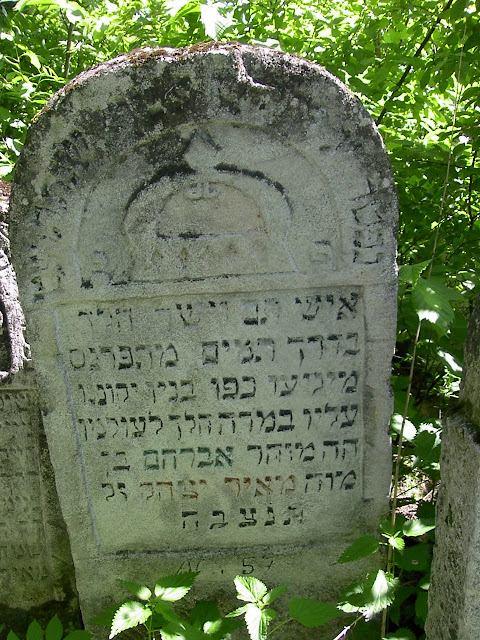 Here are some other versions of this symbol: 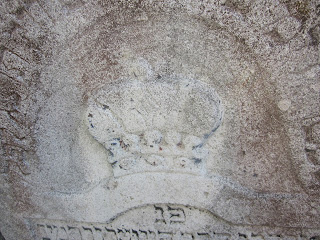 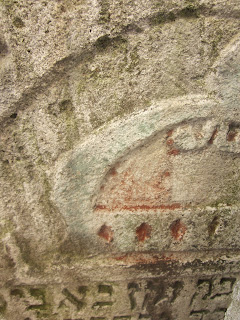 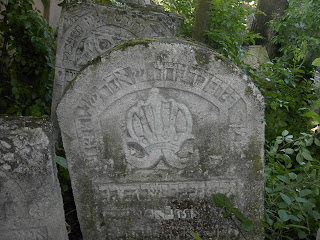 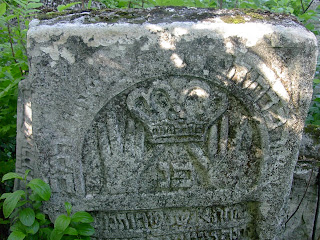 A crown in other situations could symbolize a king, royalty, but on a Jewish grave  I originally saw this as
KETER TORAH         The Crown of the Torah          כתר תורה 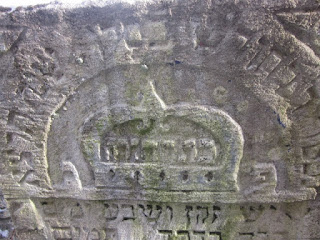 Then  I found this text about The Crown of Torah,  written by Rabbi Dovid Rosenfeld
http://www.torah.org/learning/pirkei-avos/chapter4-17.html

Another text in Hebrew from Agadot Chazal on Atar Daat
http://www.daat.ac.il/chazal/avot.asp?perek=4&mishna=13

This way,  a new crown/ concept became known to me

Looking closer at the gravestones in Lubaczow, I then saw that this gravestone with a crown had exactly that inscription. 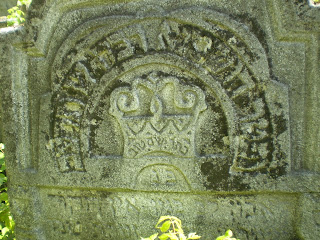 Can you find other gravestones with KETER SHEM TOV?

On the following gravestone  only the word KETER can be read.
We can only guess if the  original text was KETER TORAH or KETER SHEM TOV. 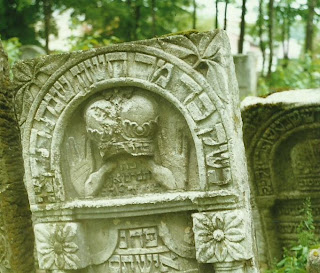